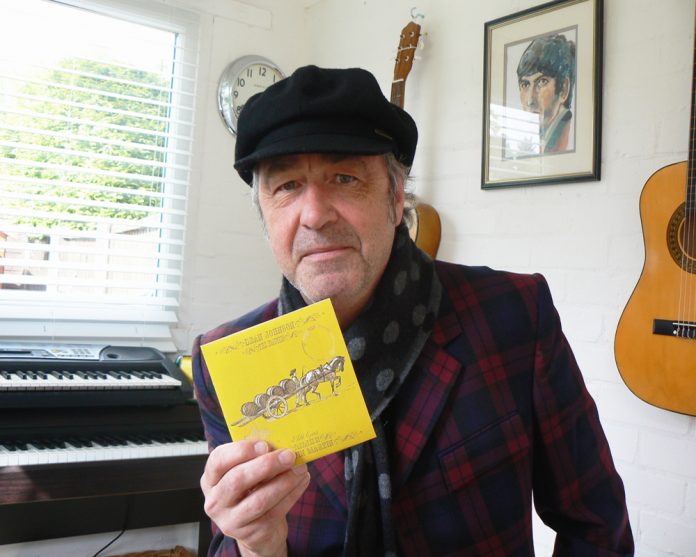 Veteran Wirral singer/songwriter Dean Johnson is set to return to the local stage for a unique intimate solo performance.

The highly anticipated comeback after 25 years is prompted by the critical acclaim of his acoustic ‘Folk Opera’ entitled ‘The Empties’. A mixture of narration and songs presented in a troubadour style is highly unusual. The influential Record Collector magazine have described it as ‘A rootsy Romeo & Juliet, an absolute gem’, while the BBC have praised the ‘great songwriting’.

Dean graduated from the local folk scene in the late 1970s. Guitar legend Richard Thompson was an early champion of his songwriting and performing skills. Radio Merseyside music historian Spencer Leigh has described Dean as ‘The best songwriter in Merseyside’.

A chance meeting with Chris Difford of Squeeze introduced Johnson into the mainstream, where he wrote and toured, appearing at The Royal Albert Hall and Wembley Stadium with the likes of Paul Carrack, Bryan Ferry and The Beach Boys. Dean also became an unofficial 5th member of Wet Wet Wet. But it was whilst touring with David Essex that the 70’s superstar suggested Dean’s songs would work in a theatrical setting. Dean turned his attention to writing stage musicals. For the first, ‘Bullets and Daffodils’, he joined forces with the much loved James Herriot/EastEnders actor Christopher Timothy, to tell the story of Birkenhead war poet Wilfred Owen. The production enjoyed West End runs and featured cast members such as Brookside’s Dean Sullivan and legendary DJ Billy Butler, who described the 2014 production as ‘One of the best things I have ever been part of.’

Now in 2017, The Empties brings Dean full circle to the intimacy of the folk scene and its premiere takes place at the Bromborough Folk Club, a venue that was the scene of Dean’s earliest live performances.