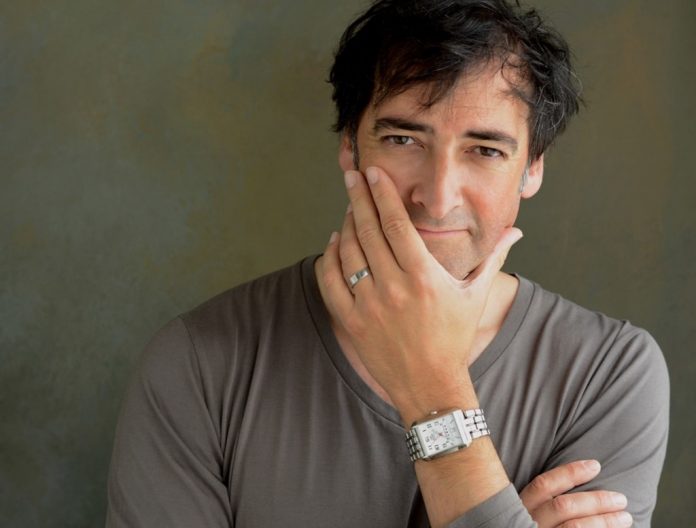 Master impressionist Alistair McGowan will embark on a new 18-venue UK tour during Spring 2022, combining his celebrated talents as a comedian and new-found talent as a classical pianist in a unique show.

Join the BAFTA-winning funnyman as he talks and plays his way through 14 short piano gems in a show that mixes beautiful music with first-rate stand-up comedy, all topped with more than a sprinkling of his trademark impressions.

The tour follows the success of the performer’s debut album, Alistair McGowan: The Piano Album, recorded for Sony Classical. The recording topped the UK Classical Album charts (and reached Number 2 in the Classic FM chart)just two years after he took up the piano.

Alistair McGowan has spent over 30 years making people laugh. Now the impressionist, comedian and actor is bringing his latest passion to life on stages nationwide through The Piano Show, which sees him combining classical music and comedy – a unique pairing that seems to have struck a chord with audiences up and down the country.

The Piano Show (now in its third run) sees Alistair playing a series of short pieces which span the history of the instrument, from the 17th Century world of Bach via Chopin, Debussy and Satie, to the 21st Century and works by Philip Glass and Yann Tiersen, the man behind the exquisite score for the film Amelie. The music is interspersed with quirky anecdotes about the composers and some of Alistair’s newest impressions from Monty Don to Amol Rajan, and from Noel Fielding to Michael Mosley.

Alistair explains: “I keep saying it’s two shows for the price of one. And in a way it is, it’s a piano recital but with comedy bits in between. But it’s not what Bill Bailey or Rainer Hersch do, or even what Victor Borge did. I’m not doing funny music. I do bits of comedy and the music is very much there as a counterbalance to it, and I hope the music will move or relax people.”

Growing up in 1970s Evesham, in Worcestershire, music was a key part of the young McGowan’s life. His mother was a talented pianist who was the accompanist for the town’s amateur operatic and dramatic society; his father enjoyed listening to classical music records at home; and elder sister Kay, learned the piano to Grade 8.

Alistair also took piano lessons as a child but admits he “didn’t really get on with it”. And aged nine, the sports-mad youngster swapped piano scales for football practice and the tennis courts.

Still, piano music continued to act as a soundtrack to his life, and regret at having given up the instrument built as Alistair left home for Leeds University.

Alistair added: “Other kids had taken their cassettes of The Smiths or U2, and I had cassettes of Rachmaninov, Grieg and Schumann. At university I met several people who played the piano, and I thought, why don’t I play? They’d tell me their stories of touring round France having played pianos in various bars and I thought – ‘Oh wow, I wish I’d done that!’ Then I went to drama school in London and there were lads there who played the piano well and all the girls, dare I say it, were looking at the likes of Bob Barrett saying, ‘Wow, what a thing to be able to do! It’s so beautiful and soulful!’ – and I was thinking, ‘why did I stop?!’.”

Alistair graduated (in drama) from the prestigious Guildhall School of Music and Drama in 1989, and soon threw himself into the comedy circuit, performing live up to eight times a week – appearing at The Comedy Store and the Edinburgh Festival – and providing many of the uncanny voices for satirical smash-hit Spitting Image on ITV.

In his mid-30s, he embarked on his first piano lessons in more than 25 years, saying: “Right, I’m going to finally do this!” But then The Big Impression took off on BBC One, and, over the course of four years, it became one of the BBC’s most successful comedy programmes. With Alistair writing two thirds of the content and acting as script editor, it left precious little time for anything else and the lessons soon fell by the wayside. Alistair won a BAFTA for The Big Impression in 2002. In 2006, Alistair was also nominated for an Olivier Award for his performance as the demon dentist in Little Shop of Horrors in the West End (alongside Sheridan Smith).

Alistair continued: “I had to put the piano aside, and I never thought about it again until around six years ago when, finally having fiddled around a bit at home, I met a pianist and teacher who heard me ‘noodling’, as they call it, on a cruise ship who said to me those four important words – ‘It’s never too late’. I thought it was too late as I was almost 50, but that’s when I had the belief instilled in me by this crazy teacher who said, ‘you’ve got a real aptitude for this, so, let’s get on with it’!”

Aptitude is only part of the equation however, with commitment and practice also playing vital roles. And it seems Alistair has thrown himself into playing the piano with the same level of dedication and attention to detail that has characterised the rest of his wide-ranging and highly-successful career.

So, what has been the most challenging part of taking up the piano in middle age? Alistair ponders: “Probably tempering my ambition has been the hardest thing. I wanted to play everything straight away, and you realise it takes a lot of time. Even now, I have to resist learning too quickly because I just want to get on top of pieces that I’ve always loved and play them and make a nice sound.

“Sometimes it’s the flexibility of the fingers that is lacking. And the deep knowledge of music. And not being able to sight read – all things I think you learn, and need to learn – at a very young age. But being able to express yourself, to put the feeling and experience of your whole life into each phrase of the music, and understanding what the composer wants that, at least, comes with age.”

In 2017, Alistair released a record of short works, The Piano Album, which topped the Classical Music Charts and prompted him to start performing in public (with the proviso that there would be mistakes!) with short tours in 2018 and 2019. He was due to take The Piano Show on a national UK-tour in 2020 but dates were put on hold due to the Covid-19 pandemic.

Alistair adds: “I hope I’m a standard bearer for the older generation. We hear an awful lot about the ‘New Generation Artists’. I’ve found in doing these shows and in meeting the audience afterwards, so many of them are a similar age to me and tell me that I’ve inspired them to start playing the piano again. It’s rather wonderful!”

Playing has certainly been an epiphany for the 57-year-old – despite a string of injuries that have arisen from his many hours of practice at both an electronic keyboard and a cherished baby grand piano. But the sore fingers and “pedaller’s knee” fade into the background when he sits down to perform in front of an audience.

Smiling, Alistair concludes: “You just lose yourself completely. Sometimes during the shows, not every night and not with every piece, but at times I can completely forget where I am or that I have an audience. I’m just listening to the notes, listening to the piano, and it’s absolutely hypnotic – and the most mindful thing you can do.

“In a world where we’re all striving to have more of that meditation and to avoid the endless noise of the world, just to listen to one note that you’re playing, and how it moves to the next note, and what the composer was trying to do with that subtle change – it’s a thing of great beauty and great comfort.”

An interview with Mike McCartney