On 13 April 1999 there were only 13 confirmed riders booked to take part in the ride. The organisers were not deterred and continued planning! On the day itself, 12 June 1999, around 700 riders took part and raised an amazing £23,000 in sponsorship for the charity, which was then called “Leukaemia and Lymphoma Research”. They came from all over the Wirral, Merseyside, North Wales and the North West too.

Recently “Leukaemia and Lymphoma Research” became “Bloodwise” and took on a wider role of supporting patients with these blood cancers and similar illnesses like myeloma in addition to continuing to fund research. So far the Bikeathon has raised over £880,000 for the charity and with the help, commitment and generosity of all its supporters in the cycling community the current organisers (including some who have been with it from the start) are hoping to reach the magnificent £1,000,000 mark in the next two years.

This annual event is a ride not a race so it is a great day out for families. Cyclists of all ages (from 8 upwards) can take part. The route is a figure of eight loop around the Wirral with start, midpoint and finish in Arrowe Country Park. It takes in north Wirral through Caldy and the Wirral Way to West Kirby and Moreton. The second section goes from the Park to Thornton Hough, Storeton and Landican. The full route is 28 miles in all but for those wanting a shorter ride a section of only 14 miles, starting and ending in the Park is possible. Some riders have become regulars because they enjoy it so much and know they are contributing to a good cause. They come along on all sorts of cycles – reclining bikes, hand bikes, unicycles, a wheelchair and range of tandems and trailer bikes. There is musical entertainment in the park and hot and cold refreshments are available too. Light refreshments are also available at checkpoints on the route.

The 2017 Bikeathon will be very similar to previous years and will again feature a “selfie station” in the start/finish area at Arrowe Park. This was very popular on social media last year due to the help of local Olympic Gold Medallist and cycling legend Chris Boardman who we could describe as “the face that launched a 1000 riders”.

Chris has been the patron and a huge supporter of the Bikeathon over these many years together with members of his family. Chris said: “Since the Wirral Bikeathon started 19 years ago we have raised £880,000 towards beating blood cancer. We are making a really big push for the Bikeathon in 2017, and next year, and aiming to get across the £1million mark for funds raised for Bloodwise, the leading blood cancer charity. It’s a great family event so do come along and support us.”

This year the Bikeathon will take place on Sunday 11th June 2017 with start times between 09:30 and 11:30 am. Online registration is now open at www.wirralbikeathon.com and costs £15 for adults and £5 for those aged 15 and under. All riders receive a Wirral Bikeathon t-shirt and a medal for crossing the finishing line. 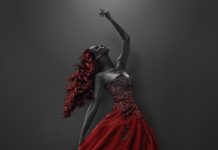 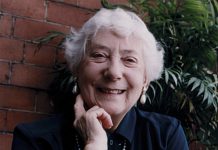 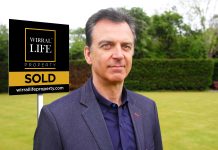 A brighter future for Port Sunlight