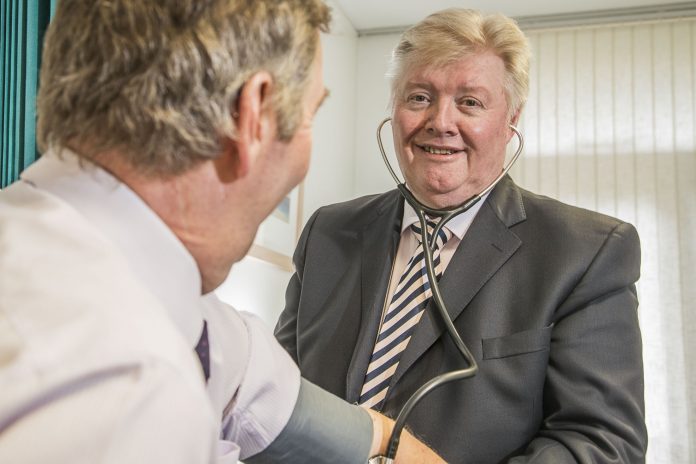 A top doctor to Coronation Street legends Vera Duckworth and Alma Baldwin has joined the team at a leading Wirral hospital.

Dr Roberts, 64, acted as medical adviser to TV’s favourite soap for many years and was consulted on story lines that had the viewing nation hooked for weeks. He gave the scriptwriters the inside track on the medical effects when big-hearted Vera, actress Liz Dawn, donated a kidney to her grandson, son of ne’er-do-well Terry Duckworth, Nigel Pivaro, and on the terminal cancer that saw Mike Baldwin’s ex-wife, Alma, Amanda Barrie, leave the series.

He said: “I was involved with Coronation Street and Brookside for many years as an adviser on medical matters.” Dr Roberts, who was at The Village Medical Centre GP practice in Wallasey for almost 40 years, also spent over 30 years as a Merseyside police surgeon, was a resident medical expert with a regular slot on BBC Radio Merseyside, was Clinical Lead with the Wirral Primary Care Trust, has carried out GP appraisals and is a Tribunal Judge for the Her Majesty’s Court and Tribunal Service.

He is an active member of the medical advisory committee for Spire Murrayfield Hospital where he will now conduct his Monday morning private patient surgeries and he said: “I’m a big fan of the NHS, it’s brilliant. If you’re in a road traffic accident or you get cancer, have a heart attack or stroke, or give birth, all the big things in your life, it’s fantastic. Where the difficulties are is if you’ve got a bad knee or a skin condition, the peripheral stuff that’s not as serious but is important to the sufferer. That’s where this service comes in because what I can do is to provide reassurance and take time with the patient and help them make the judgement about the correct treatment. I will see up to five patients in a morning and they will have a minimum of half an hour of my time but it might be 45 minutes or longer if necessary.”

The married father of four, who lives in Wallasey, was born in Liverpool, just 100 yards from Liverpool’s Anfield ground and trained at Liverpool University after going to Holt High School in Childwall, Liverpool. He has been in the Wirral since 1975 though and has known the NHS from both sides – he survived bowel cancer himself and is a keen supporter of the automatic testing that is offered free every two years from the age of 60.

He said: “It’s amazing but only 20 per cent of people carry out the test – at our surgery we decided to write to all our patients as they reached 60, using our computerised records, and advising them about how important the test is when it could be life-saving. That proved very successful with that 20 per cent figure going up to over 60 per cent in our practice because the cancer is very treatable.”

Julie Watkinson, medical Director of Spire Murrayfield Hospital, said: “We are delighted to have introduced the private GP practice as part of a major extension of our services at Spire Murrayfield. Dr Roberts has already held his first surgeries and the role he performs here will provide an alternative GP service which can cut waiting times and ensure that patients have a more personal service without the time pressures faced in the NHS.”

To make an appointment to see Dr Roberts or for more information about Spire Murrayfield’s services, including the GP services, ring 0845 600 2110 or go to https://www.spirehealthcare.com/spire-murrayfield-hospital-wirral/