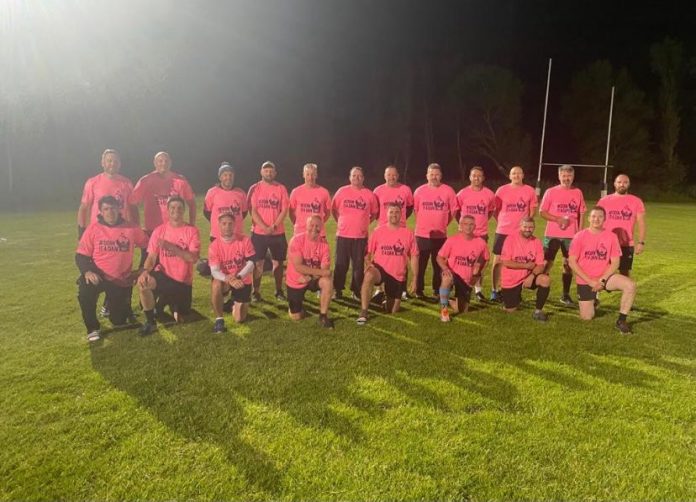 A team of twenty-eight players from Hoylake Rugby Club are attempting to break the Guinness World Record for the longest ever rugby touch game, in memory of fellow teammate Dan Miller.

Dan sadly died suddenly last June, leaving behind his wife and young family, and leaving his brothers and friends at Hoylake Rugby Club bereft. A popular local rugby player, Dan played for Hoylake when the club reached the finals at Twickenham of the Tetley Bitter Vase in 2001.

A collection of Dan’s friends and family are now set to try and complete the longest ever rugby touch game, raising money for Dan’s chosen charity WaterAid – which provides clean water to those who need it most – in the process.

The 28-strong ‘Doinit4Dan’ team are hoping to break the current record of thirty hours and three minutes, with the team aiming for a game lasting 33 hours 33 mins and 33 seconds – an extra tribute to Dan, as his rugby position was number three.

The team have spent months training for the record attempt, which is due to take place on July 16 at Hoylake Rugby Club.

This world record attempt has garnered national attention thanks to a personal message of support from film star and James Bond actor Daniel Craig, who played for Hoylake as a schoolboy. The 007 actor said: \”I just wanted to send you my heartfelt support and my admiration to all of the guys who are going to take part in this incredible challenge of 30 hours or more of touch rugby.

“It\’s an incredible thing you are doing, and I know you can do it. You have to blow through it. One, because you are Hoylake Rugby club and two, because it’s for Dan Miller\’s charity WaterAid. Health and love to everyone there and especially love to Dan Miller\’s family.\”

The record attempt is also being sponsored by companies including leading used car retailer, CarShop, which provides quality nearly new cars to customers via any of its twelve UK stores or online. CarShop got in touch with the Doinit4Dan organisers as soon as it saw that the event was taking place – keen to offer its charitable support and see the determined players reach their goal.

Trevor Boult, Doinit4Dan committee member and Hoylake Rugby Club team member said: “The team has been training very hard, it’s been exhausting but we know that the all of the hard work will pay off and it’ll be totally worth it when we reach the end of the game. It’s going to be a huge challenge, but a fitting tribute to such a great man.

“We’re absolutely thrilled with the level of support we’ve received from the local community and we’re hugely thankful to CarShop and all of our sponsors for backing us, they’ve been incredibly generous and supportive every step of the way.

“We’ve raised over £8,000 for WaterAid so far, which we’re really pleased with, but we’re keen to encourage even more donations for such a worthwhile cause.” 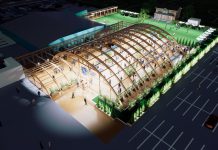 Things to do with the kids this summer holidays