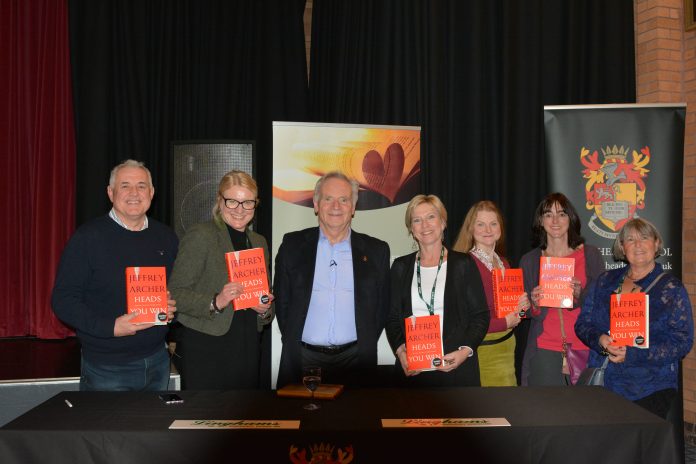 The Birkenhead School and Linghams Booksellers in Heswall have welcomed novelist and former politician, Lord Jeffrey Archer to talk about his new book ‘Heads You Win’.

Published in 97 countries and more than 33 languages, with international sales passing 330 million copies, He is the only author to have been a number one bestseller in fiction, short stories and non-fiction.

During the talk, Lord Archer spoke about how he became one of the youngest Members of Parliament and how, after a poor investment he was left on the brink of bankruptcy.  This led to the start of his literary career, when he sat down to write his first novel ‘Not a Penny More, Not a Penny Less’. The debut novel sold to 17 countries within a year and was later televised by the BBC.  ‘Kane and Abel,’ one of Jeffrey’s biggest selling novels became a number one bestseller in hardcover and paperback all over the world. 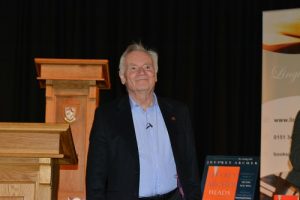 The latest novel ‘Heads you Win’ has a final twist that it claims will shock even the most ardent readers and is said to be the author’s most ambitious and creative work since ‘Kane and Abel’.

Jeffrey is the latest in a number of high-profile speakers who have recently visited the Birkenhead School which have included TV presenter and broadcaster, Clare Balding, TV presenter and actor, Sir Tony Robinson, World Snooker Champion, John Parrott and leading illustrator, Chris Riddell.  On Tuesday 20th November, the School is welcoming TV Presenter, Kate Humble, in conjunction with Linghams and tickets are available for this public event through Linghams by calling 0151 342 7290.