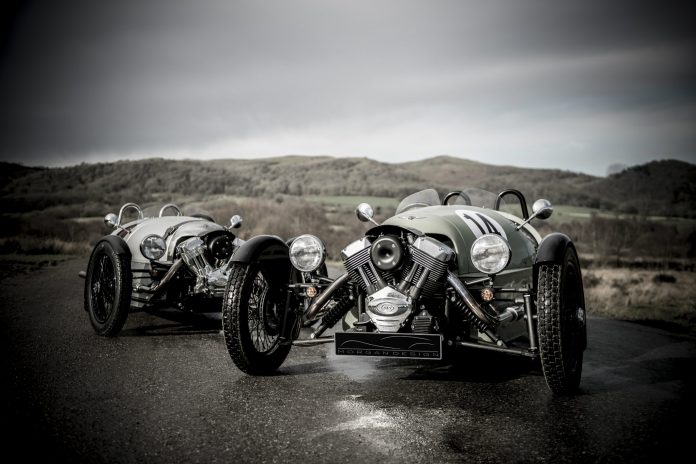 Morgan Motor Cars – They’re just so British. I recently asked Morgan Motor Cars if it was possible to have a factory tour at their wonderful facility in ‘Malvern’. ‘Of course Morgan said, ‘we are more than happy to help out’ This was great news as it would give me the opportunity to not only see the cars still being traditionally hand built – but also to watch the skills of quality workmanship taking place right under my nose.

Just so you know; Morgan is still the world’s oldest privately owned car manufacturer that still produces well over 1000 vehicles per year – all built by a team of highly skilled and dedicated craftsmen and women who hand build these cars using a combination of luxury materials and skills that are all passed down from generation to generation. So off I went to learn more about what makes Morgan the symbol of everything British.

On arrival I could see that the building still looks the same in parts as the first day they probably moved in over 100 years ago – yes, there is a modern theme around – but I am glad to report all is well at Morgan HQ and it still looks and feels like 1936 when you look at some of the older buildings around the site. Just as I stepped out of my car, I could hear that unmistakable sound of the Morgan Plus8 burbling in a workshop close by – this immediately made me tingle, because the Plus8 for me is my comfort blanket and also the dream car that one day I would like to own.

Yes, I know it now has a V8 BMW engine, but who cares, this is about craftsmanship and power. Morgan is for me one of the best at producing hand built cars that money can buy and of course with the bonus of 367bhp engine and a 0-62 time of 4.5sec.

The Tour:
The factory is amazing; with people working calmly behind their benches all over the factory floor – there is also no urgency here like you would get in a normal automated car making facility, this is all about taking as much time that is needed to produce a Morgan that is as perfect as possible with no constraints on finish time and definitely no automation in sight.
The craftsmanship here it’s so staggering to watch, I could have sat there for hours watching these people work their magic to create something amazing, but I wanted more, so I moved even deeper into the facility to see what cars I could find.

The 4/4
Did you know the Morgan 4/4 holds a world record for the longest running series production car? Well you do now. It was introduced back in1936 and is still in production 80 years later. Yes, it has undergone many changes in its life, but the format is still the same and it is still to this day instantly as recognisable as it was back in 1936. The 4/4 is now powered by a modern 1.6 litre Ford Sigma engine that begins as an entry level start to Morgan ownership – but still being built using the same methods as I described earlier – by a team of craftsman who have honed their skills over time to produce the beautiful machine that is the Morgan 4/4.

The 3 Wheeler:
You will look at the Morgan 3 Wheeler and instantly think ‘it looks like a fighter plane ready to be let loose in the skies ‘chocks away’ and all that – but when you finally come back down to earth and begin to understand that what you are actually looking at is yet another magnificent machine made by the people at Morgan for the people. Just being in its presence and sitting inside the cockpit is enough to give me Goosebumps, it doesn’t stop there either. The cockpit also looks like the inside of a WWII fighter plane where all the controls look remarkably like they have come straight out of a ‘Spitfire’. For me, the 3 Wheeler is a staggering machine to behold with its 1983cc ‘V-twin’ fuel injected engine mated to a fantastic 5 speed gearbox. Just lift that safety catch and press the ‘bomb release’ looking starter button, to hear the beating heart of that V-twin engine detonating in your eardrums.

All that is really left to do, I suppose is then select a gear and then select a destination of your choice while wearing a pair of flying goggles from a Biggles movie and a rather spiffing looking neck scarf. That’s the thing about a Morgan – it’s just so British. Everything I have talked about here is about Britain doing what it does best, making a product that will not only stand the test of time but will also live in our hearts forever. The final hour of my day was taken up by a drive out across the Malvern Hills in a 4/4 with a British flag stuck on its rear end. So it was roof down, goggles on, but no scarf I’m afraid.

The drive through Malvern on a sunny day is what it’s all about. The 4/4 was amazing and you can feel every part of the car giving you the feedback you want while on the road. The engine is perfect and that 5 speed gearbox really is a peach. I briefly stopped at a lay-by for a few minutes to take in the moment – when out the blue an old fella tapped me on the shoulder and said ‘what a beautiful thing she is, is she yours?’ Part of me really wanted to show off and say yes, but I had to own up and say. ‘Sorry I only borrowed her’ Still, maybe one day eh?

My point is this; Morgan will always have a place in my heart because I know I can order a car, nip down to Malvern to watch it being built, talk to the guy making it while selecting a vast majority of its components myself, to my specification and at the end of the day even buy the guy who put it all together a beer at the local pub. So that’s; Handmade in Britain (Malvern) by a British company in Britain (Morgan), and in most cases owned by people in Britain.

Well – I don’t think you can get anymore British than that – do you? 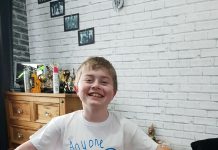