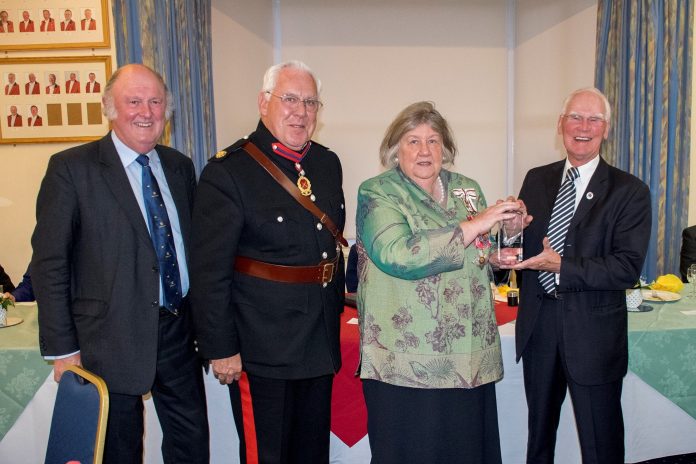 Two representatives of the Trust were invited to a Garden Party at Buckingham Palace in recognition of the achievement. Her Majesty’s representative, Dame Lorna Muirhead, DCVO DBE, Lord-Lieutenant of Merseyside, who was accompanied by the High Sheriff of Merseyside, Stephen Burrows DL, also His Honour John H Roberts, DL. presented the award to the volunteers at a special ceremony attended by two local Mayors and Trust members. The Queen’s Award For Voluntary Service recognises all of the hard work and time given by members and builds upon the Trust’s previous achievements.

In 2014, Wirral Community Narrowboat Trust was the national winner of the Canal and River Trust’s ‘Living Waterways Award’ for community and volunteering. Previously in 2012, one of its boats was chosen to carry the Paralympic Flame into and later from the National Waterways Museum at Ellesmere Port.

Wirral Community Narrowboat Trust (WCNT) was first founded in 1984 as the Wirral Narrowboat Association and is an all-volunteer registered charity which is now in its 33rd year. It aims to seek to improve the quality of life for people who by virtue of age, infirmity, physical disability, mental disorder or social factors are disadvantaged or deprived. To make provision for the recreational, educational and social needs of the said people. To provide an experience outside of the normal environment; which is therapeutic and brings respite to Carers. They also aim to deliver a Narrowboat service to a professional standard, subscribing to a national Code of Conduct for community boats. All volunteers are trained to NCBA requirements. Trips are provided throughout the year on fully wheelchair friendly adapted narrowboats. Its two Narrowboats have been entirely funded by the Trust, without any grant or Lottery funding and built to our own specific requirements to provide amenities suitable for the needs of disabled users with full wheelchair access throughout each boat.