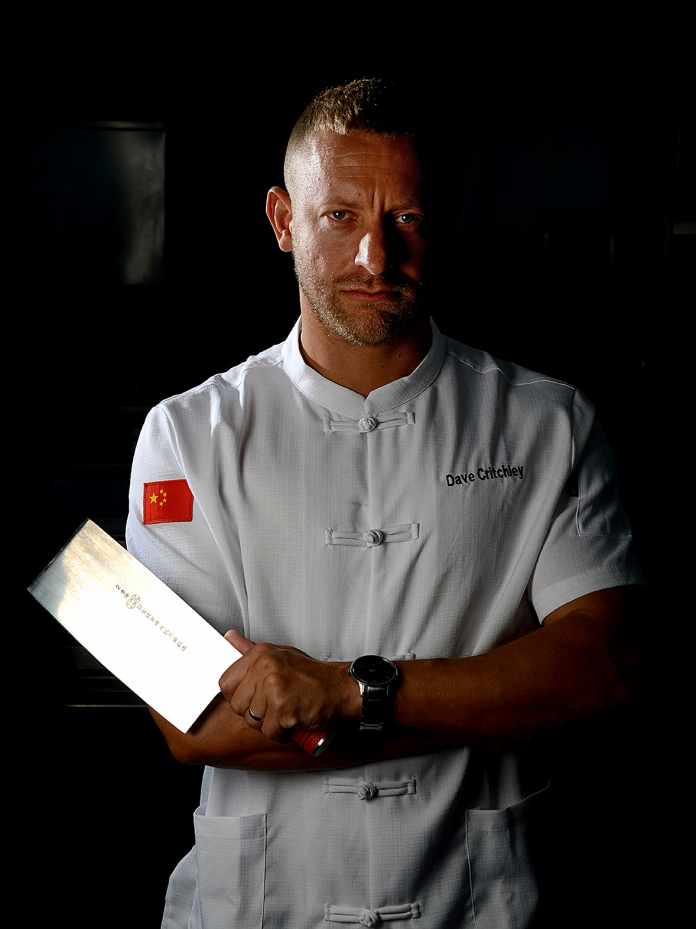 Chef Dave Critchley is a whirlwind of creativity – in the kitchen, in business, and in the community.

Now, the western world’s first and only apprentice to a Chinese Master chef has found time to turn author – with Cherry Blossom.

It plots his rise and dedication to Chinese culinary arts and also features more than 75 recipes created and served at Liverpool’s award-winning Lu Ban Restaurant, for readers to recreate at home.

The award-winning chef, who has just seen Lu Ban named Liverpool’s best restaurant by the city’s tourism bosses, brings his unique personality to each page. He shares anecdotes of his time in China, while many of the recipes are also influenced by Dave’s expanding knowledge of flavour combinations.

The book’s title ‘Cherry Blossom’ reflects its strong association with China. Each spring it coats the Far East nation in blankets of pink – filling the air and fragrance and offering a sense of new beginnings.

Cherry Blossom captures that feeling – with eye-catching photography of the mouth-watering dishes, while Dave’s journey into the world of Chinese food and culture, is still very much at its start.

The last apprentice of Master Wu, Dave continues to learn the culinary arts and his expanding knowledge of flavours influence the food and menu at Lu Ban restaurant, which distinguishes it from any other restaurant in the country.

The recipes in the book are inspired by Dave’s travels and experiences in China and each recipe in the book has featured on the Lu Ban menu.

Across more than 200 pages, Dave, in partnership with Lu Ban director and fellow chef Mike Mounfield, delivers a wealth of appetising options across defined chapters and catering for all tastes with meat, fish and vegetarian dishes.

Chapters include snacks, soups, dim sum, small plates, large plates, side dishes, dumplings and desserts. There is also a chapter to recreate the kitchen’s sauces and seasonings while Cherry Blossom also includes a section dedicated to the restaurant’s cocktails.

The book, published by A Way With Media, is priced at £35 (plus P+P) and is available to buy online or in person from the restaurant.

More details about the evening, including the menu, can be found here – https://lubanrestaurant.co.uk/cherry-blossom-chef-dave-critchley/

About Dave Critchley
Dave Critchley is one of the best-known chefs in north-west England. A one-time graphic designer, he has found his creativity in restaurants across Manchester and his home city of Liverpool.

Bestowed the honour of being the UK’s only apprentice to one of China’s Master chefs – Master Wu – he is continually expanding his knowledge and appreciation of Chinese culinary art.

He has played a key role in setting up various initiatives in the city of Liverpool, including Well Fed Boxes, Liverpool Independent Delivery Service and Global Scouse Day, which celebrates the city’s famous stew.

More recently, Dave’s creative culinary skills have come to the wider attention of the public via the BBC’s Great British Menu, having appeared in the regional heats in Series 16 and 17. Cherry Blossom is Dave Critchley’s first book.