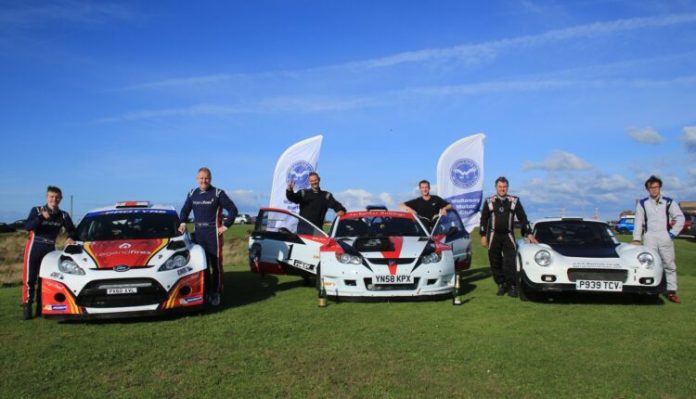 The 2022 Cataclean Promenade Stages Rally, organised by Wallasey Motor Club and sponsored by Cataclean, aims to be its biggest and best event yet — with thousands of spectators set to descend on the seaside town to witness some exhilarating driving skills. First held in 1981, the only event of its kind in the UK returns for its 40th year after a hiatus due to covid.

The event begins on Friday 9th September, with the first car away from Coastal Drive at 7.30pm. Cars start the timed circuit every 30 seconds, racing to complete the circuit in as quick a time as possible. Over the two days, teams compete to be the fastest in their class. After the two exciting Friday night stages, one of which is floodlit, there will be a full day of competition on the Saturday — with action starting at 8am until approximately 6pm.

Not only can spectators witness some extreme, hair-raising motor skills with drivers and co-drivers throwing their rally cars around the bends and chicanes, there will also be a Rally Village sponsored by Rallyflapz in the grass dip. The space will host various trade stands, attractions, rally car display and rally games, whilst also enjoying the exciting rally action.

To celebrate the 40th running of the event, the Saturday will also include a very special demonstration run featuring past winners and winning cars. The event has tempted 7 previous winners back to the full competition, including the original 1981 winning car driven by the son of the 1981 champion. There will be several past winning cars taking part in the demonstration run including, amongst others the Metro 6R4 (above) and a unique twin-engine rally prepared VW Scirocco.

The event will feature some incredible rally cars, including Ford Escort, Mitsubishi, Subaru, Ford, Porsche, Mini, VW, Darrian and many other iconic makes and models, driven by competitors from throughout the UK. Local talent Wes Simpson will be attempting to win his third title in a row, but other top UK drivers will not be giving him an easy time.

Wallasey Motor Club Chairman Gary Marriott said: “It feels great to return for our 40th anniversary after time out due to covid. The event has such a special history and we take great pride in bringing so many people to the area for 2 days of incredible rallying. Some of the events have had up to 15,000 spectators and it’s always a really fun, family friendly showcase.”

The Cataclean Promenade Stages Rally at New Brighton has won the Wirral Tourism Award for its services to the local community and its highly organised running of a large scale event. With cars racing at up to 100mph along the promenade and through various bends, roundabouts and chicanes, a huge amount of preparation goes into this popular event.

Service Area Manager & Assistant Equipment Officer Tam Doerfel Hill said: “These events are amazing and everyone goes away buzzing — it’s a sheer adrenalin rush witnessing cars travelling so fast, with all the sounds and smells associated with extreme driving. But what people don’t see is all the preparation and planning — so much goes into it to ensure it’s a safe event for all concerned.”

The Cataclean New Brighton Promenade Stages Rally returns to New Brighton on Friday 9th September with the thrilling hi-speed action starting at 7.30pm until 10pm. The action continues on Saturday 10th September at 8am and continues until approximately 6pm. There will also be a Rally Village with various trading stands, attractions, rally games, food and drink outlets and a historic 40th anniversary celebration demonstration run of past winners.