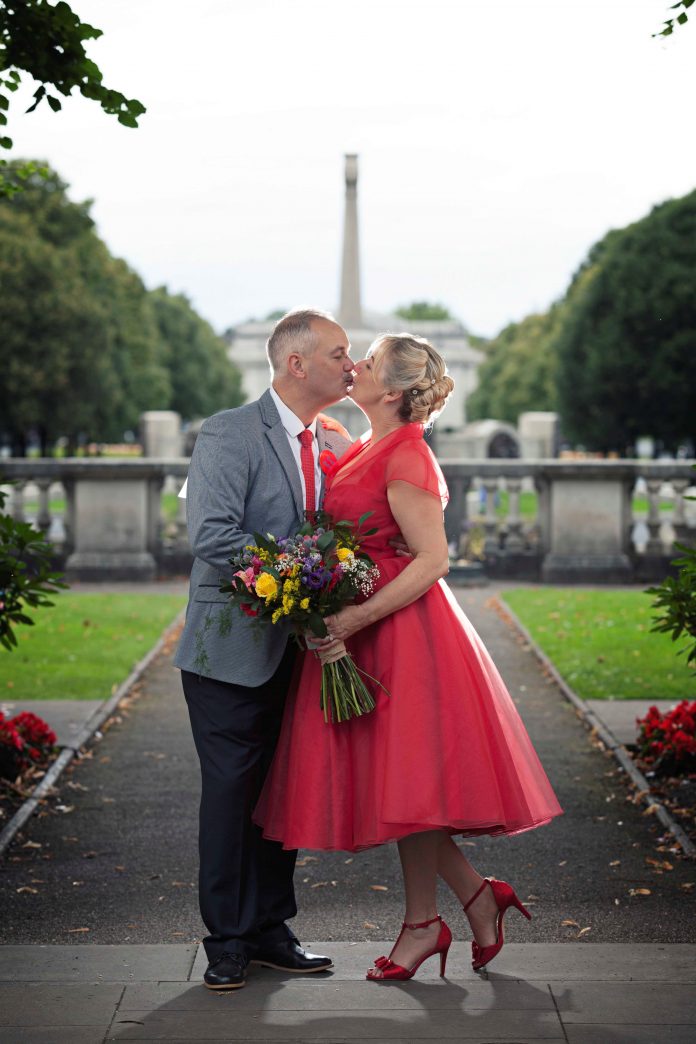 John Grieves, a 54 year old chemical engineer, and Kim Grieves, a 56 year old nurse, tied the knot at the Registry Office in Birkenhead – but their wedding was no ordinary bash.

Instead of a traditional black and white wedding, the couple, who live in New Brighton, decided to ask all of their guests to arrive in fancy dress. They also donated half of their cash wedding gifts to Smile Train – the global children’s charity which provides free surgery and care for children suffering with cleft lip and palate in developing countries.

John said: “When we decided to get married, we wanted to make it a great bash – so we opted for a fancy dress wedding. As we are both social ‘Jivers’, we decided to make the theme, ‘Dance scenes through the ages’, and went as Fred and Ginger.

Everybody really got into the spirit – all turning up in fancy dress. We had people from all around the world who came – Australia, Dubai, Italy, Sweden as well as all parts of the UK. It truly was the wedding of a lifetime!

Many of our 200+ guests already knew of Smile Train, and some were already donors, so it made sense to donate to the charity. Kim has been a District Nurse for almost 40 years, so has seen many examples of how charities like Smile Train can make a remarkable difference to someone’s life.”

Following their big day, the couple donated £1,200 to Smile Train – which is enough money to change the lives of eight children by covering the cost of their cleft repair surgery, and giving them the power of a smile!

Carita Launch at the Hillbark

The Friends of Dawstone Park fly the green flag