ONE of Oxton’s oldest residents was invited to switch on the village’s Christmas lights on Saturday.

Former SAS soldier Mike Carr, now in his 100th year, was guest of honour at the event where hundreds of visitors enjoyed an afternoon of festivities.

As well as craft stalls, children’s entertainment, raffles, mulled wine, mince pies and hot food, Santa greeted excited youngsters in his grotto and music was provided by an array of choirs including local school children and the Salvation Army.

Rhiannon Evans, chair of the Oxton Society which organised the event, said: “Mike and his wife, Barbara, are two of the longest serving members of the society so we thought it was only fitting that in his 100th year, Mike should officially switch on the lights.”

Mike and Barbara, 90, who celebrated their diamond wedding anniversary this year, moved to Oxton in 1960. Mike was an original member of the SAS and his distinguished career has featured in several history books.

The father-of-two, who retrained as an art and design a teacher after the war, said he was honoured to perform the switch-on.

He said: “Oxton is a marvellous place. Everyone is so helpful and friendly and we have lovely neighbours who pop in and ask if we need anything.”

A key supporter of this year’s event was Kate Wyness, owner of Greens of Oxton, who organised the festive food and craft stalls.

She said: “Mike was my arts teacher at St Joseph’s and he’s well-known in the village so I was really pleased he switched on the lights.

“This is a beautiful village and local businesses work with the Oxton Society to help make events like this a success and put Oxton on the map.”

He said: “This is a fabulous event which really puts the spotlight on the village. I’ve lived and worked in Oxton for 19 years and I’m surprised when so many people say they don’t know the area. Events like this help raise the profile of the village and I’m proud to support it.”

Oxton Society vice chairman Jeff Willis said: “We see the lights switch-on as our Christmas gift to the community. It is always popular but the addition of the food and craft stalls went down really well with visitors.

“I would like to thank all of the committee members and volunteers who gave up their time to ensure everything went smoothly and all of the business owners who donated raffle prizes and really put their heart and soul into making this such a fabulous family event.” 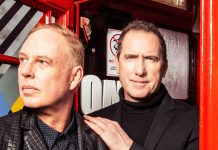 OMD return to the Wirral for the Food, Drink and Music Festival 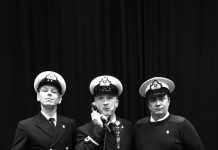 The Navy Lark sails into Liverpool 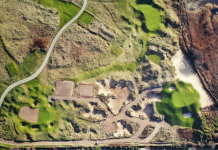