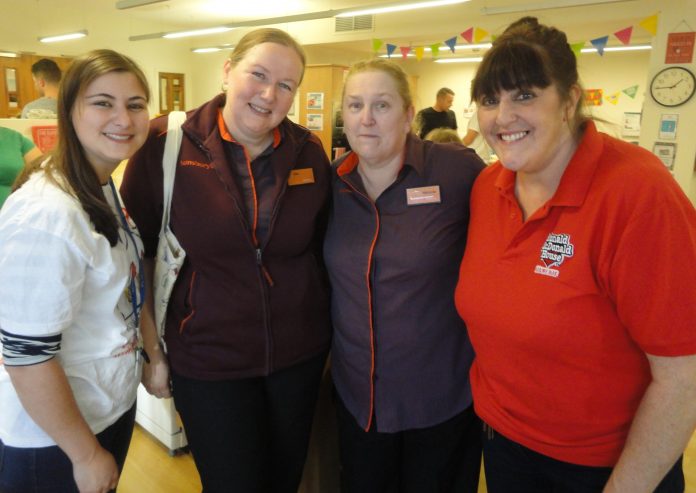 The announcement came after local residents had the opportunity to nominate and vote for their favourite local charity to receive a year’s worth of support from the team at Sainsbury’s Upton.

Ronald McDonald House, situated on the first floor at Arrowe Park Hospital’s Women and Children’s unit, provides free ‘home away from home’ accommodation to enable families to maintain a degree of normal life while their child is undergoing medical treatment.

The Kennaugh family from the Isle of Man were flown over to Wirral by air ambulance because their baby Kitty was arriving 3 months early. Mum Gemma said “I was too numb to even start to think about practicalities like where we were going to sleep. All I could think about were the serious medical problems our little girl was trying to overcome… fortunately a room became available at the Ronald McDonald House just as I was discharged from maternity.”

“Over the days and weeks Kitty became more stable. Residing a floor above your sick baby took a lot of the fear and anxiety out of leaving them to eat and sleep. There is simply no way to describe how awful being separated from your new born baby is… but what we would have done without this House, I honestly can’t even contemplate.”

The charity has events and open days where parents can return with their little ones and catch up with lifelong friends they have made while staying there. The House recently celebrated its 7th birthday with a Party and Upton Sainsbury’s Joan Morrell helped with judging the ‘Bake off’.

Mike Paterson Store Manager at Sainsbury’s Upton added:
“We had a very successful launch for our new Local Charity of the Year, Ronald McDonald House Arrowe Park. I’d like to thank all of our customers for their support”.

The Local Charity of the Year scheme is now in its eighth year and has raised over £11 million to support local charities since 2009.

Live theatre is set to return As By The Waters of...