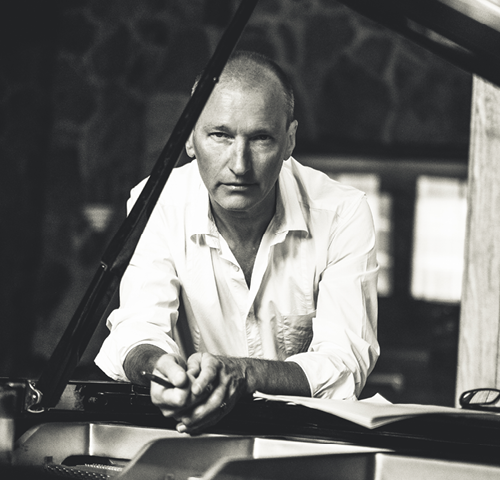 You were born in Liverpool and still live and work there, why have you stayed when so many involved in the music business move off to London?
London was not for me. I spent a lot of time there, New York and Tokyo but I always looked forward to coming home to my family and friends. Liverpool is a great place to live and work, I live in the city centre and there is always plenty to do and see. Plus with today’s technology you can work anywhere in the world with other musicians.

You have a jazz singing style and have worked at Ronnie Scott’s with Nina Simone – what was it like stepping out on that platform to perform with such a jazz icon in such an iconic jazz club?
I actually worked at Ronnie Scott’s a lot and performed with Nina at the Royal Festival Hall in London. The first time I performed at Ronnie’s it was daunting knowing you are standing and performing on the same spot as such legends as Nina, Ella and all those other greats. I love the small intimate atmosphere of Ronnie’s, it’s much better for making a connection with your audience.

Tell us about your new album, The German Alphabet
The German Alphabet was co written and produced by Colin McKay and Alan Currie. Each song is a sound track to an imaginary movie and all influenced by the great Morriconi and John Barry. Its also a harp back to my first album Scallywag Jaz, this time with no dreaded A&R influence.

The film soundtrack’s by John Barry have been an influence on your new album, what is your favourite John Barry track?
It would have to be Diamonds are Forever with Lyrics by Don Black.

You enjoy performing live, what do you think of the modern “pop” acts who have to lip-synch as they are not able to perform their own material live for their audiences?
I love performing live and I would imagine its rather sad for any singer not to be able to perform what they did in the studio in a live environment. I think they must have had some help in the studio also? I feel sorry for them as live is the ultimate delivery.

Liverpool has a very diverse social scene, what do you like to do to relax?
I read a lot, movies, walking with friends in Sefton Park, eating out and meeting friends in our local pub.

What is your favourite restaurant/food?
Etsu in Beetham Plaza for Japanese and Host on Hope Street for the Katsu Curry.

You formed and led the consortium that saved the Parr Street Recording Studios, why was this important to you?
It was incredibly important to me as I have worked at the studio even before it became Parr Street Recording Studios. It was originally Amazon Studios based in Kirkby and I recorded my first 2 albums there for Sony Epic records and also parts of the German Alphabet. I think it’s important for Liverpool to have a leading edge recording studio that can compete with the rest of the country due to our pedigree within the music industry.

The release of your new album has meant that you’ve been back on tour, do you like touring and what is it that you enjoy about it?
I love touring and enjoy the live aspect of performing and taking what I did in the studio to a live audience. It’s very different to recording and that’s when you can tell if the songs can stand up in their own right.

You have toured in Japan, which is very different from Liverpool – any tales to tell us?
I have toured Japan many times and always love it. It’s a very different culture to ours and the audiences are very, how should I say this… reserved? They tend to listen more intently. Yes, I have many stories from Japan, none of which are publishable.

Which is your favourite place in the world and why? Where would you like to go to that you haven’t been ?
I have spent lots of time in Southern India and 2 years ago dropped out for the winter there for 6 months, the people, food, smells colours are all amazing. South America is definitely on my bucket list, Columbia in particular.

The German Alphabet is available to buy at:
www.kleemusic.co.uk as well as other music stores and download sites. 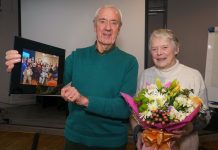 Celebrate the creativity of young people at the 2018 Now festival

Wirral Life talk to Lucy Littler of Littler’s Éclairs about her...