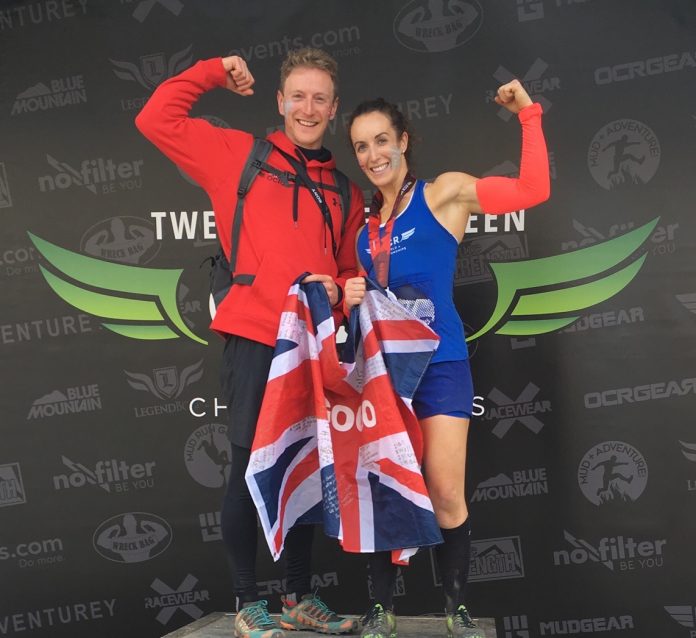 67 countries, 20 obstacles, 6 categories, 3 kilometres and all centred on one big hill. The Blue Mountain resort was the location of the 2017 Obstacle Course Racing (OCR) World Championships, where Wirral dentists, Richard and Rachel Gibson took part in the gruelling OCR challenge to raise money for Muscular Dystrophy UK and the Duchenne Research Breakthrough Fund.

Richard Gibson, describing the experience, said: “On approach, when compared to the scale of the Canadian countryside, the hill didn’t look that big especially alongside to the vastness of the forests and lakes. The temperature was a very respectable 10oC, not bad really when we were expecting some snow up top. The course was a bit more ninja warrior than tough mudder. The atmosphere was warm, welcoming and excitable.”

“The altitude wasn’t an issue as we were only just above sea level, a far cry from the spartan world championship in 2015 where we started at 6,500ft and went over 10,000ft during the event – no excuses here! We set off in waves and we were released with 11 others onto the first uphill climb. The rules – completion of every obstacle with no assistance or a time penalty was incurred – fastest time home wins.

“Over the next hour we climbed, vaulted, swung, dragged, hauled, leapt, slipped, fell and sometimes ran over the arduous 3 km course with fantastic support for fellow competitors and spectators alike. We placed 52nd for me and 38th for Rachel in our respective categories, but with a bit of technical know-how we can get better quickly. We proudly supported John Albon, the now 5 times men’s champion in his double victory over both the 3km and 15km course – a spectacular achievement! The prospect of the event being held in Europe next year is only more incentive to train harder and a to qualify again. Thank you to anyone who felt motivated to donate.”

If you missed the chance to donate, the just giving page is still open at www.justgiving.com/fundraising/rachel-gibson22.

Emma Rodgers: Wunderkammer is a hometown celebration of a nationally significant...

Tickets on sale for food and drink festival