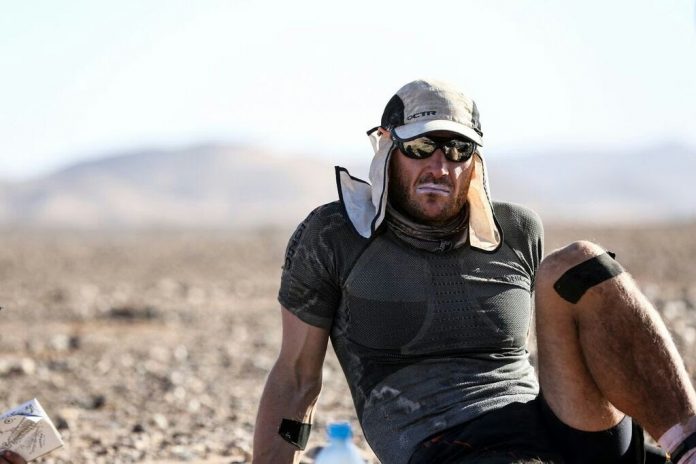 A West Kirby man is taking on one of the toughest marathons on earth in order to raise thousands for children’s cancer charity Neuroblastoma UK.

Lee Quinn, a Litigation Executive & Department Manager at Birkenhead-based Your Legal Friend, will take part in The Jungle Ultra; a five day, 230km race through the Amazon Rainforest in Peru.

He will participate in the race in June 2018, which is split into five stages and will involve battling through jungle undergrowth, river crossings and mountain valleys.

Competitors can expect choking humidity, knee deep mud and heavy rain as well as periods spent night running – all in an area which is home to some of the most dangerous animals in the world. Each entrant is expected to carry their entire kit which includes food for the five days, safety equipment and a minimum of 2.5 litres of water.

To prepare for the marathon, Lee has planned a gruelling weekly training routine. A typical weekend can see him wake at 5.30am on a Saturday for a run up and around Helvellyn in the Lake District. This is then followed on Sunday by a 4.30am start to do an 8kg ‘load run’ up Snowdon followed by a session in the gym.

Lee also has a few ‘warm up’ events planned including a three day, 84-mile ultra-marathon in Hertfordshire, a 44-mile race around the Brecon Beacons, and a two-day 66 mile marathon in Surrey. No stranger to a challenge, he completed the six-day 257km Marathon des Sables across the Sahara Desert in 2016, raising £7,856.64 for Neuroblastoma UK.

Lee’s support for the charity began after a family friend’s child was diagnosed with the rare condition.

Lee said: “This is another brutal challenge that will really test my body and mental strength to its limits. The race organisers only allow 100 entrants to take part, in order to protect the area and its wildlife so I’m fortunate to be able to compete. It’s going to be tough but I’m extremely passionate about raising awareness and money for those suffering from Neuroblastoma so I don’t need any more motivation. The funds will hopefully make a significant difference to the youngsters and their families affected by cancer.

Neuroblastoma UK raises funds for medical research into improving both diagnosis and treatment of the disease. Neuroblastoma is a rare form of cancer that affects children typically aged under five and is responsible for one in six cancer deaths in children.

Alastair Whitington, Trustee, Neuroblastoma UK from Neuroblastoma UK added: “Lee has already raised a huge amount for the charity and we really can’t thank him enough. It will make a fantastic difference in the fight against this terrible disease. We wish him all the best in his latest challenge.”

Lee is covering his £2,250 race entry fee and the cost of his flights, food and equipment himself meaning that all funds raised will go directly to Neuroblastoma UK.

If you would like to sponsor Lee, you can do so via his Just Giving page: www.justgiving.com/fundraising/LeeQuinn03

Helen Forrester’s smash-hit ‘Twopence To Cross The Mersey’ returns in...