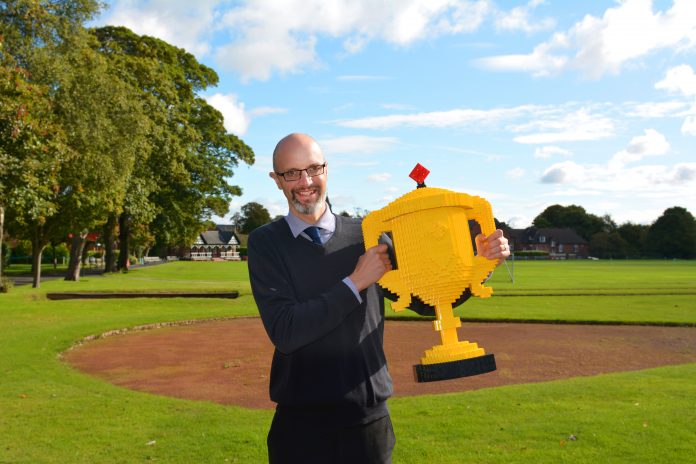 As the popular series of LEGO Masters came to an end, Birkenhead School was celebrating as their Head of Design and Technology, Steve Guinness, picked up the trophy, alongside his build partner, Nate Diaz.

The Channel 4 show was touted as the LEGO version of The Great British Bake Off, with contestants tackling a different topic every week, creating animals, food, furniture, and even people, out of LEGO. In each episode, Steve and Nate, excelled in demonstrating their creativity and versatility, creating a Chinese banquet out of bricks in the first episode, a pirate-themed fun fair for episode two and in episode three, a whole host of animals, including a lemur, crocodile and a chameleon for the nature theme. In the final, the contestants were given three hours to build a scenario from a child’s story in the ‘Pure Imagination’ task and 10 days for their ‘Showstopper’ build which saw Steve and Nate creating a scene of an office-worker whose ‘inner-child’ is unleashed and featured life-sized human models, furniture, toys and even a functioning typewriter all made out of LEGO pieces. Steve says “It has been a dream come true being a part of the competition, being surrounded by like-minded designers and working under the guidance of the Vice President of LEGO, it’s something I never thought possible. I have always been creative and enjoy bringing my ideas to life through LEGO. I loved playing with LEGO as I grew up, and then when I went to university I hid it away for a little bit, then once I was married and my own kids appeared, I thought ‘yes! I can get all the LEGO out again.”

Within the last 10 years, Steve has pushed the boundaries of building, and has had his work displayed at LEGO exhibitions, as well as writing articles for magazines. Steve first heard about LEGO Masters through a LEGO user group for AFOLs, or Adult Fans of LEGO, so both him and his team mate Nate applied. As the LEGO world is not usually one for competition, the competitive edge to the show is both unusual and unmissable, no doubt why it has proved so popular with viewers. The show has also helped Steve personally, “At the beginning of the process, I didn’t have a lot of confidence in myself, but the experience has really helped me to battle with my anxiety and boost my self-esteem.”

As winners of the show Steve and Nate will travel to the LEGO Headquarters in Billund, Denmark for four days in October half-term, alongside their fellow finalists Nicholas and Kobe. During their trip they will get to recreate their LEGO creation from the final, where it will be put on display. Matthew Ashton, judge and Vice-President of Design, will also personally show them around and they will get to meet various LEGO Design Teams.

Birkenhead School’s close-knit community got behind their very own Mr Guinness as he took part in the competition, with him proving a hot topic of discussion at school drop off and pick up times, as well as on the school’s Facebook and Twitter accounts. On speaking to members of his A-level class, the overall feeling is one of great happiness for Steve. “Everyone is so incredibly proud of Mr Guinness’s achievements. There wasn’t anyone in this school who wasn’t glued to their TV screens on the night of the final, and, like many others, I hope Mr. Guinness continues to flourish in the LEGO community” says Atreyi Saha, an A-level student taught by Steve.

Paul Vicars, Headmaster at Birkenhead School, comments “The day after the final, Steve brought the trophy in to share with the school community. Everyone is so proud of his achievements and the pupils from the youngest in Prep to sixth formers have all been congratulating him. We’ve long admired Steve’s creativity and his inspirational work in the classroom and it was fascinating to see the creations produced during his time on the show.”

The curriculum at Birkenhead School includes LEGO and LEGO Robotics within Design and Technology lessons as well as co-curricular clubs within the School. “Using LEGO as an educational tool is engaging and provides a platform for pupils to think critically and creatively – whilst still having fun” comments Steve.

Following LEGO Masters, Steve, has said how he’d love to keep creating LEGO builds and is keen to start making commissions, for Birkenhead School and for others as well, and is very much looking forward to future, LEGO-inspired, projects. Steve and his build partner Nate will be in the limelight once again, when they appear on stage for interviews at the LEGO enthusiast exhibition, BRICKLIVE, at the NEC in October. LEGO Masters has done so much to highlight the passion and creativity that LEGO fans have for their building medium, that this year’s exhibition is sure to be a great success. When thinking about the legacy of the show and of his high hopes for this popular programme, Steve said, “I hope that it will inspire people to get some bricks out, throw away the instructions and have a go at exploring their creative side and to learn to embrace their inner child.” 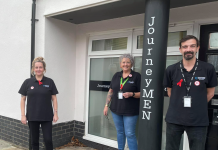 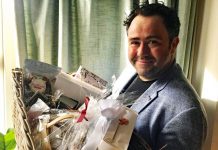 Back the Rucksack Challenge