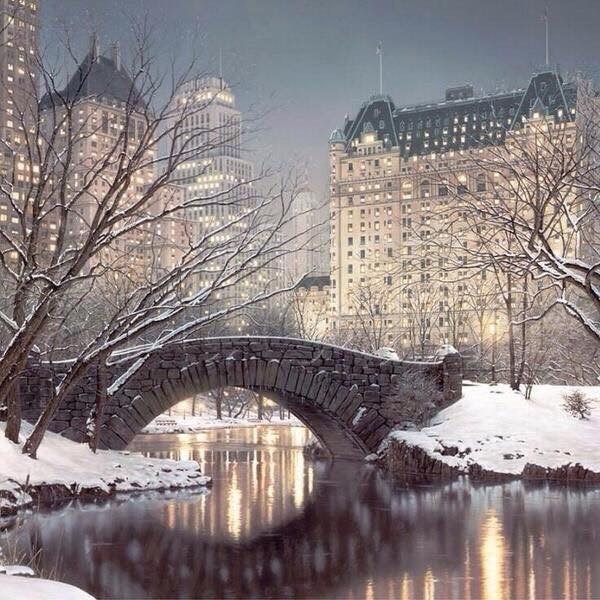 Whether it is ice skating at the Rockerfeller Centre underneath the most amazing Christmas Tree, taking a horse-drawn ride around Central Park or shopping in some of the best and most magical stores in the world, New York has everything! There is so much to do that you literally can’t get everything in during one visit.

New York City is split into five boroughs, Manhattan, Brooklyn, Queens, The Bronx and Staten Island, with each having their own unique wonders to enjoy.

Manhattan is where it all happens and where most tourists will endeavour to stay when visiting New York.  We have all grown up watching movies and TV programmes with the sea of yellow taxis, amazing high sky-scrapers and countless visitor attractions. Manhattan really is the city that never sleeps.  Manhattan is the cultural and financial centre for New York City and receives tens of thousands of visitors into it from the surrounding boroughs every day.  It is split into three neighbourhood districts from North to South (Uptown, Midtown and Downtown) and two ‘sides’ (East Side and West Side).  This, along the majority of avenues and streets being numbered, makes Manhattan the easiest city to navigate in the world whilst having so many diverse neighbourhoods to visit and experience.  With so much to see and do this gives you the perfect way to cram as much in as possible while you are there.

Brooklyn is situated on the south tip of Long Island to the east of Manhattan and is the most populated borough in New York.  It is famous for its art scene and architectural heritage.  It is also the perfect place to get the very best views and pictures of the Manhattan skyline. It is linked to Manhattan by three bridges with the most famous bridge being the Brooklyn Bridge which was the longest suspension bridge in the world when opened in 1883. You can drive, walk or bike across the bridge whilst remembering the famous scenes from films such as Manhattan, Spiderman and The Incredible Hulk. There are also a bunch of movies you will remember where the Brooklyn Bridge explodes.

Queens is on the north of Long Island and sits off the upper east side of Manhattan. Queens was originally a collection of small towns founded by the Dutch and has become the most ethnically diverse urban area in the world. It is home to Flushing Meadows which hosts the US Open Tennis Championships. It is also the first borough of New York that most tourists will witness when landing with two of the three major airports servicing New York, John F. Kennedy International Airport and LaGuardia Airport, located in Queens.  The third airport, Newark, is outside New York City in New Jersey.

The Bronx is the most northernly neighbourhood district of New York and is the only borough that is part of the US mainland.  It is home to the Bronx Zoo which is the largest metropolitan zoo in the world. Additionally, the world-famous New York Yankees are based in The Bronx at the Yankee Stadium which is a must-visit attraction.  If you are lucky enough to be visiting when there is a game on you will witness one of the greatest sporting venues in the world where Babe Ruth dominated the baseball scene for 14 years in years gone by.

Staten Island is best known for the famous Staten Island Ferry which runs from Manhattan to Staten Island, 24 hours a day 365 days a year, every 30 minutes or every 15-20 minutes during peak times.  It is completely free and gives the very best, most unobstructed views, of the Statue Of Liberty which is a colossal copper statue presented to the USA from France in 1886. It is renowned as the very first welcoming sight for immigrants visiting the United States Of America and has become iconic for its meaning of freedom. Staten Island also gives fantastic views onto Lower Manhattan.

Perfect Getaways have the most amazing deals to New York with deposits starting from just £29 per person. If you are looking for a magical Christmas experience, they are currently offering the following deals:

Half Board at the fabulous 4* Rui Plaza (rated as excellent) Midtown Manhattan on the 4th December for four nights with direct Virgin Atlantic flights – £1,247pp

If you are looking to go outside the peak Christmas season, January is an ideal time to visit New York.  Perfect Getaways have the following offers:

*All prices are correct at times of going to print.

The Hive Youth Zone is awarded funding for employment programme