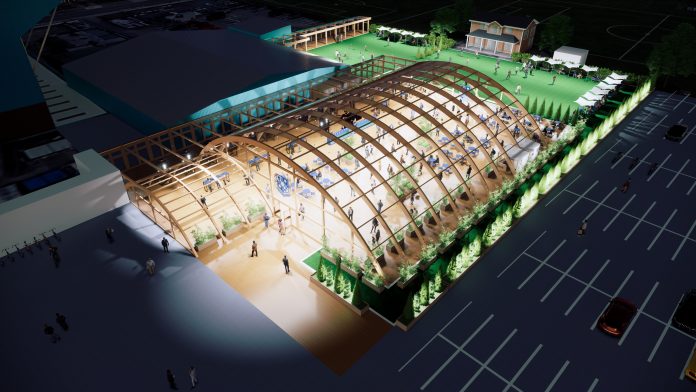 As the new football season is about to start, Mark Palios, the Club’s chairman has announced the signing of Wirral’s leading magazine, Wirral Life,  in a new collaboration for both organisations.

Si Hall and Nicky Rigby Smith, Wirral Life Editors said: “We are really looking forward to working with the club and sharing with our readers the breadth of activity that is happening. We’ve known Mark and Nicola since they bought the club back in 2015 and have always been impressed with their wider commitment to our community.

“At Wirral Life, we won’t be reporting on their anticipated football success this year, but we will be giving our readers a deeper insight into the huge range of activities that the Club, their fans and related supporters get up to.

“To ‘kick-off’ our partnership, we will be joining the Club at their Open Day on Sunday 25th July, which will be held at Prenton Park.

“To give you a taster of what will be on show, we expect to see more progress on the amazing new Fan Park that is being created with the support of German kraft Beer. The illustrations of this new structure have delighted, not just the Tranmere fans, but the wider community who are looking forward to a vibrant new hospitality venue on the Wirral.

“The new Tranmere Rovers Lottery will also be launched on the day, and we will see and hear more about the many community initiatives being run by the Club.

Tranmere, who were winners at the inaugural Wirral Life business Awards for their efforts in developing International Business start their new footballing campaign in League TWO on Saturday 7th August at Prenton Park against Walsall. The game will mark the return of the very popular Mickey Mellon as the new manager for the season, and hopes are running high for a return to League ONE.

Mark Palios noted, “I’m really excited to welcome Mickey back, and I know the fans will be pleased with seeing him and his great enthusiasm for the club.

“I’m also thrilled with our new partnership with Wirral Life. They have brought a real energy to the Wirral, and Si and Nicky and their team will highlight to their readers that we are truly ‘More than a football club.’ Here’s to a great season, everyone.”

To start our reporting off, let us look at the new Fan Park plans.

Tranmere have always had a tradition of doing things differently, and if the design plans are anything to go by, we’re going to have an amazing venue on the Wirral in the next few months.

The project to create the new Fan Park (and we may return to look at this name) is led by Ben Harrison, chairman of Tranmere Rovers Trust and an Associate Director of the club, and fellow Associate Director Martyn Best, who also sits on the Board of Tranmere Rovers in the Community. Since last summer they have been working closely with German Kraft Beer to create a unique venue for fans and residents of the Wirral alike.

The genesis of the idea came when Martyn was approached by German Kraft who wanted to collaborate with a sporting club, and through past dealings knew Martyn and the club. Caution and curiosity soon gave rise to the development of an exciting plan, and the committed involvement of both the Club and the Tranmere Rovers Trust.

As Martyn recounts, “This was always going to be an ambitious project, and so it was vital that all parties were fully supportive of it. Mark and Nicky had allowed the Trust to create a marquee for the fans a few years ago and this had become hugely popular.

“We then wanted to build upon that success, and Ben and the Trust were the obvious partners. We have both been working closely together over the past few months and shall share our progress at the Open Day.

“We are currently awaiting planning permission and completing the final elements of the funding. In fact, part of our funding is via a crowd funder to enable our fans to become an integral part of the future success of the project and gain positive recognition for supporting us.  Details of this are at www.crowdfunder.co.uk/fanpark and there are some very exciting rewards available.

“In fact, I can share that we are working with Wirral Life to create some imaginative rewards, and we will announce those in the next issue as we approach the final stages.” 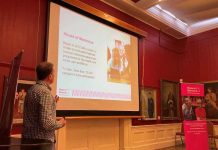 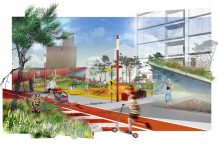