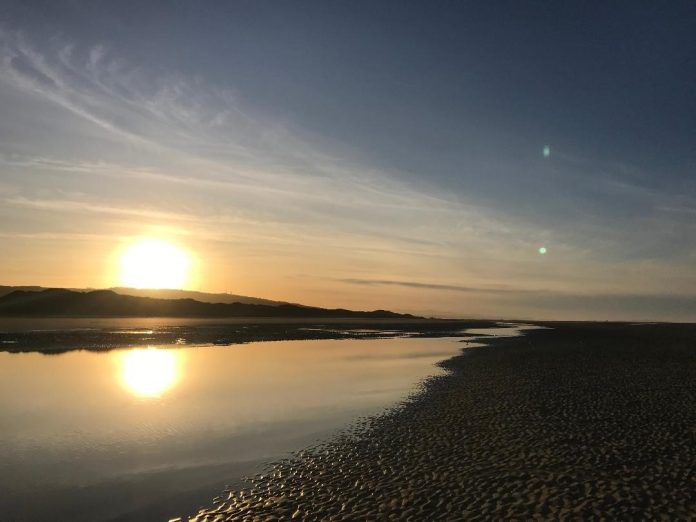 As Storms Ciara and Dennis fade into memory for those of us lucky enough to have not suffered damage or loss to their destructive power, I found myself having a not untypically British conversation with a dog owner from our Wallasey branch, who for years had taken advantage of the walking to be had along the beautiful beaches of the Wirral. Our conversation drifted to how the front at New Brighton was ravaged by waves and high winds, and then to the deposits of all manner of debris on the beaches that would appear.

Although a frequent visitor to the beach he was not aware of a problem we often experience on the Wirral coast – palm oil nuggets, lumps and even boulders! In 1991 a Maltese ship, the Kimya foundered sixteen miles off Holyhead and since then has leaked its palm oil cargo into our seas. Often after heavy storms it makes it way as far as North Wales, the Wirral and Southport. This edible vegetable oil is also used as a tank cleaning agent in ships and they are legally allowed to flush their tanks into the ocean if more than twelve miles from shore. Sadly, dogs seem to love it and unfortunately while it is edible, it is heavily contaminated with oil and diesel residues. Dogs eating it may become quite ill, some may require intensive therapy and there have been fatal cases reported. Dullness, collapse and vomiting are signs we have seen at the practice. Pancreatitis has been suggested to be a complication. I advised the gentleman to be aware of any warning signage on the beaches that the council might place and to heed any warnings on local social media pages. If there is any suspicion that a dog has eaten palm oil it should be taken straight to a vet. We would usually induce vomiting with an injection. Dogs which are ill may require blood tests and intra-venous fluid therapy.

We are lucky to live somewhere with such beautiful beaches but as in all things there are hazards – some obvious, some less so. The sensible safety rules over large waves, tides and strong currents apply as much to dogs of all sizes as they do to children. At the moment, summer may seem a long way off – remember dogs with thin coats and very pink skin can get sunburn. Dogs don’t wear flip-flops when the sand is very hot, and their feet can burn! Take plenty of fresh water on a trip to the beach. Dogs can become very thirsty and if dehydration is compounded with drinking sea water it is possible to see a condition called salt poisoning – severe dehydration, dullness, vomiting, even brain swelling and collapse.

We all know how inquisitive dogs can be – they will have a sniff, a lick or a paw at almost anything – and I often think the more disgusting something looks, the more likely it is to spark an interest. Many years ago, my sons and I were walking a beautiful, several-mile long beach in the north-west of Scotland, called Balnakiel. It was stunning. One of our dogs, a teenage Staffie cross was meandering ahead, but we lost sight of him. We all quickened our pace and we approached what looked like a large rock, but as we drew near appeared to be the back of a dead seal, washed onto the shore. With still no sign of Cooper, we held our noses and walked by until glancing back I saw the little devil inside the seal’s body cavity! It is awful enough when our dogs roll on a dead fish, seagull or seal, but if they eat rotting material there is the risk of illness. At Parkside we see the results of a dog’s encounter with jellyfish several time each year. It is very unlikely that such an encounter would prove fatal, but severe retching, drooling or vomiting are frequent signs. Skin rashes, itching and redness of the feet aren’t uncommon.

My last tale of beach-based drama we encountered on a September break in Devon. Many of our clients know of Ghill, my little Staffie x Jack Russell friend – Dr Gilbert to his colleagues at work! He loves a tennis ball, and I confess he has slightly worn teeth as a result. On a beach a tennis ball has the habit of collecting sand. The sand has a predilection for being swallowed. Thankfully Ghill is indestructible and merely kept me busy the following day trying to collect sandy diarrhoea in poo-bags on the campsite we were staying on. However, ball-chasers and sand-diggers, could ingest enough sand to create an impaction or blockage in their intestine which at its mildest would need pain relief and intravenous fluid treatment and at its worst could require surgery.

Please don’t avoid our wonderful beaches and coastline, just be a little risk aware… oh, and remember to pick up after your dog…

Dugie is a graduate of Glasgow University and has worked at Parkside Veterinary Practice since 1990 and has been the Clinical Director for the last seven years. He has a keen interest in laparoscopic and orthopaedic surgery.

Wirral cyclists wanted to help stop cancer in its tracks with...

Rescue is ‘perfect end’ for retiring firefighter and career first...

Live theatre is set to return As By The Waters of...